We’re more than filmmakers. We’re remarkably intentional. We care more than most. We’re into shifting paradigms. We’re always pushing to break new ground and take our game to the next level. We'd love to empower you to become the strongest storyteller you can be.
Contact
Us
Explore
Our
Courses

We’re more than filmmakers. We’re remarkably intentional. We care  more than most. We’re into shifting paradigms. We’re always pushing to break new ground and take our game to the next level. As experts into science of storytelling, we’re excited to share our courses with you! 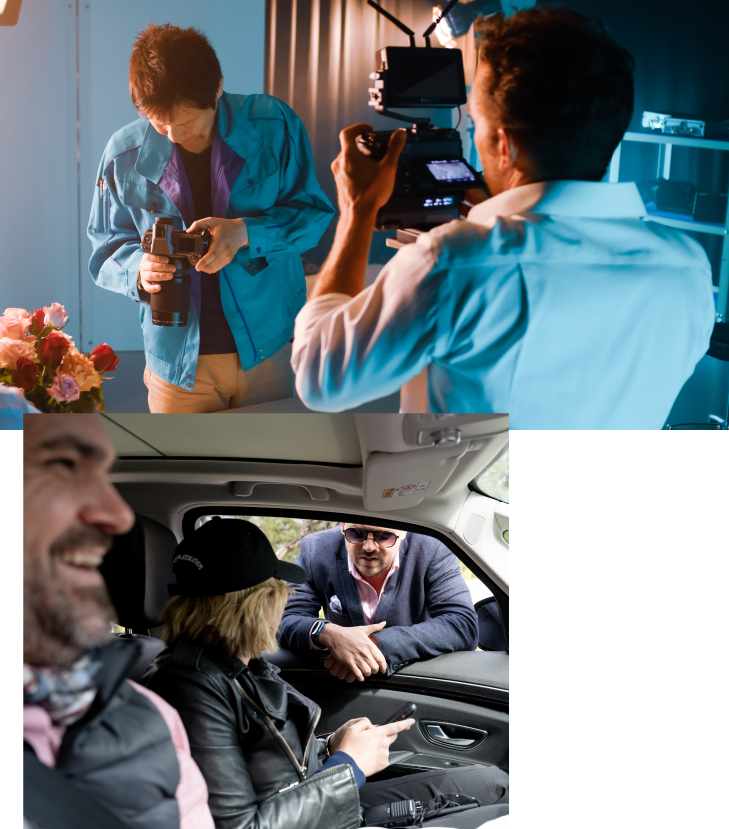 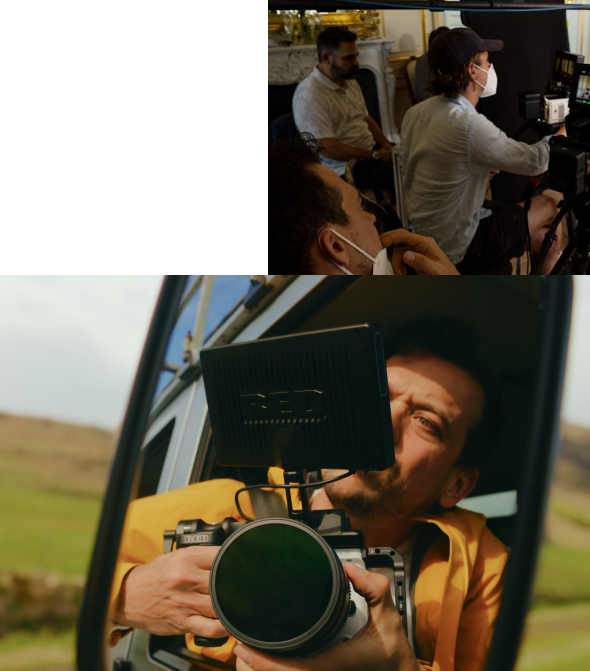 If you’re anything like me, you didn’t become a filmmaker so you could run a business.

In fact, I spent the first thirteen years of my career ignoring and running away from the business side of things. From the outside, everything looked great — I had a team, we made interesting films, and yeah, even won a handful of Emmys.
But the truth is, I don’t like thinking about how we used to run Muse.
Over the last several years, I learned that it doesn’t have to be that way. And I want to share what I’ve learned, and what’s worked for us, with the courses we built for our academy!
‍ 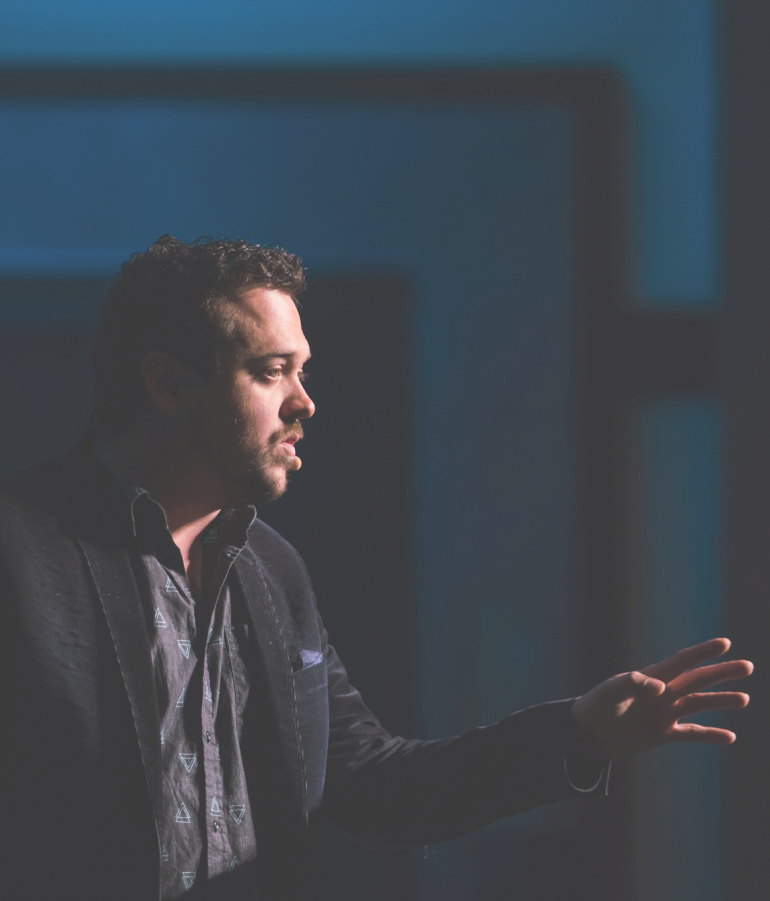 If you’re anything like me, you didn’t become a filmmaker so you could run a business.

In fact, I spent the first thirteen years of my career ignoring and running away from the business side of things. From the outside, everything looked great — I had a team, we made interesting films, and yeah, even won a handful of Emmys.

Meet the Partners behind
Muse Storytelling 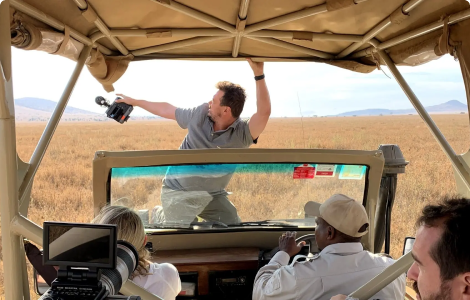 FILMMAKER + FOUNDER OF MUSE STORYTELLING
Driven by a love of story and the belief that it’s better to share expertise than hoard it, Patrick is the founder (and fearless leader) of Muse Storytelling and Story First.

He’s been known to go the extra, extra mile to create something remarkable, even if that means hanging onto the hood of a moving jeep to get that perfect b-roll, or hosting an online masterclass at midnight while on production halfway across the globe. 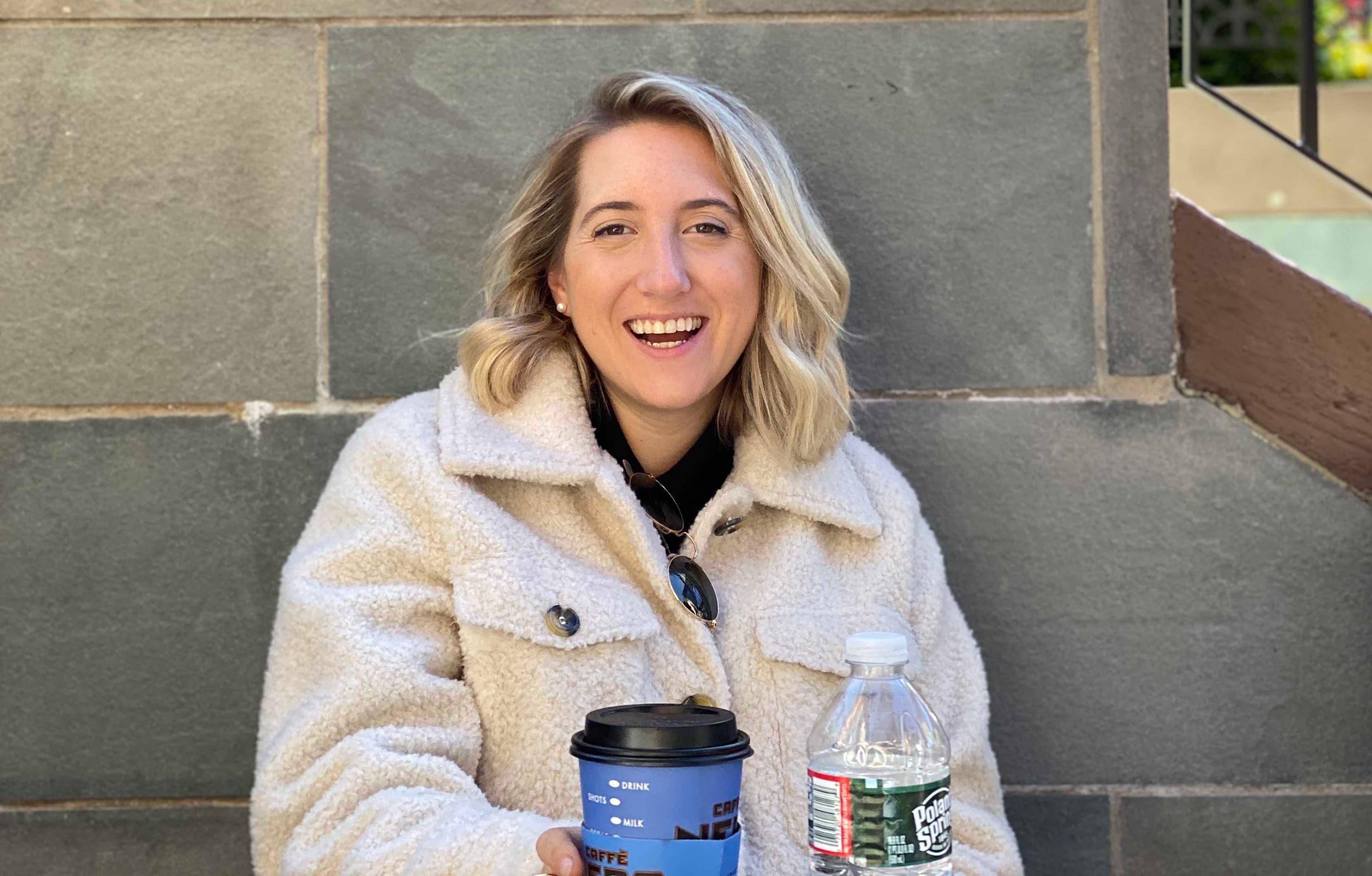 VP OF PRODUCTION, PRINCIPAL
If someone asks you who you want to be partnered with for the zombie apocalypse, your answer should probably be Caitlin Miranda.

As the Queen of all things production, she keeps the Muse team prepared and on track (and averts lost-luggage disasters with her amazing wardrobe closet). 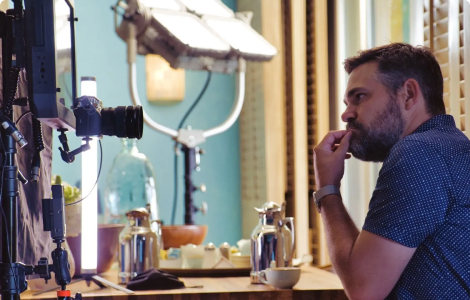 SENIOR CREATIVE DIRECTOR, PRINCIPAL
The only thing more legendary than Grant’s bowties is his ability to get to the heart of a great story.

A master of the conversational interview, he blows our minds at Story First on a regular basis with his ability to bring a new level of clarity to the storytelling process. (What do filmmakers and a 98-lb. granny in stiletto heels have in common? Ask Grant and hold onto your hat.)

When we say we’re experts in storytelling, we mean we live and breathe story. It’s the foundation of every single decision we make. We constantly develop and test hypotheses with our university partner at Boise State and we've published articles in the Journal of Media Psychology. This level of passion and intention is what we want to share with you in every course.

Working with elite clients like Apple, Four Seasons, and the NFL

Traveled to train TEDx, Sundance and the United Nations

Have questions? Reach out the Muse Storytelling team!
Contact Us

All new courses coming from Muse in 2023

Including the chance to join for in-person workshops at our production studio in Portland, Oregon. Sign-up below to be the first to get the updates.

Who is Muse Storytelling, and who is Patrick?

Muse Storytelling is a film production and story education company founded by Patrick Moreau. We’ve worked with some of the top brands in the world, like the NFL and Four Seasons, to deliver story-focused, impactful films.
‍
We're a little embarrassed by this, but want a peek at our ‘trophy wall’?

Patrick has won five Emmys, shot in over 70 countries, led commercial projects upwards of $500k, and directed three full-length feature films, with another on the way.
‍‍
On the education side, Muse has led hundreds of workshops on storytelling and filmmaking for groups like the United Nations and SXSW, as well as on the TEDx stage. Thousands of filmmakers have gone through our storytelling training and we’ve been overwhelmed by their response.
‍
We don't say all of this to brag, but to show that we’ve spent a long time learning the craft of filmmaking and telling stories all over the world.
‍
And that our experiences have led us to being here today with you.

ARE THESE COURSES ONLY RELEVANT TO FILMMAKERS? HOW ABOUT PHOTOGRAPHERS, WRITERS, AND OTHER CREATIVE THINKERS?

We are filmmakers and have built our courses for filmmakers. However, all the concepts, systems management, and structures could easily be adapted for any creative professional who works with clients.

WHAT IF I DON’T HAVE A BUSINESS YET? WHAT IF I’M THINKING ABOUT CREATING ONE?

We have the course for you!

Whether you are a business owner just starting or someone with a filmmaking business, our courses will help you build your business on a solid foundation. Skip the stages of overwhelm and stress, and learn from our years of experience.
‍
For most business owners starting off, there are a couple of key things they don’t know how to do:
● How to find great clients
● How to manage those clients once they have them
● How to run their business and feel legit

We've got you covered in the Profitable Filmmaking course, and you can learn the science behind engaging storytelling in our Science of Storytelling course!

I DON’T LIVE IN THE U.S., WILL THESE COURSES WORK?

The strategies in our courses have been tested in and outside the U.S. with students from around the globe.

While we haven’t had issues in the past, if you have challenges accessing the course because of where you’re based, we have a money-back guarantee.

Check out our blog for even more insights!